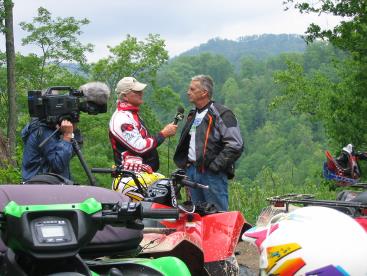 ATVSC founder and CEO Ronald "Buck" Warfield was a Maryland State Trooper from 1970-1993. In 1985 he was certified as a Specialty Vehicle Institute of America (SVIA) ATV Instructor. In 1989 he was elevated to the position of Licensed Chief Instructor by the ATV Safety Institute (ASI). Maintaining that position for over thirty years, he assisted in both establishing and managing the curriculum for ASI, the training organization approved by the ATV manufacturers. ASI has provided ATV rider education to more than 750,000 ATV users.

Buck was selected by the Consumer Product Safety Commission (CPSC) to not only testify on several ATV safety issues, but to also train CPSC compliance officers in hands-on ATV operation and safety. In 2011, Buck became Chief DriverCoach Trainer for the ROV industry. Since establishing ATVSC in 2002, Attorney clients have contracted ATVSC to investigated over 200 ATV, ROV and UTV accidents. Buck has routinely testified in Court and been deposed as an OHV expert witness.