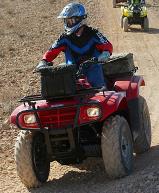 Tom Yager has operated OHVs (ATVs, off-highway motorcycles, snowmobiles, and ROVs) since the 1970s shortly after ATVs were first introduced into the U.S. In 1985 Mr. Yager was trained and certified by the SVIA as an ATV Instructor. In 1988, he furthered that training and expertise by becoming an ATV Safety Institute (ASI) Licensed Chief Instructor. Mr. Yager has conducted training in the United States, Canada, England, and Germany and prepared individuals from 37 countries for licensure or certification under guidelines established by the SVIA/ASI and ROHVA respectively. 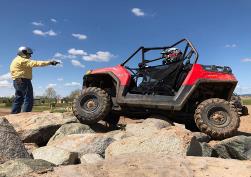 Since 1988 Tom has served in various positions for a national not-for-profit trade association representing ATV manufacturers and distributors. In 2008 he expanded his role to include an Association representing ROVs. Work experience includes safety, training, ANSI standards, and quality assurance.
Prior to working in the powersports industry Mr. Yager taught Automotive Mechanics at both the high school and adult levels and holds a Bachelor of Science degree in Vocational/Technical Education. In 1982 Mr. Yager successfully completed Motorcycle Safety Foundation (MSF) training gaining certification as motorcycle safety Instructor. At the invitation of the MSF, Mr. Yager attended and successfully completed a Chief Instructor training program in 1983.